Boat ProGear B20 Vs Realme Band vs Honor Band 5i comparison

Fitness bands are becoming a common commodity in our lives.

Numerous companies are trying to perfect the fitness band by making it cost-efficient and packed with features.

Today, we will compare three fitness bands that are very popular in the market.

In this article, we have the “ Boat ProGear B20 Vs Realme Band vs HONOR Band 5i comparison”

All three fitness bands are very popular in the market due to their brands and prices.

But let us take a look at all the aspects to find out which fitness band is the best among the three.

Boat ProGear B20 Vs Realme Band vs HONOR Band 5i comparison

Boat ProGear B20 Vs Realme Band vs HONOR Band 5i: Display and Build Comparison

The ProGear B20, Realme Band and, HONOR Band 5i have a 0.96-inch full-screen color touchscreen display.

It is LCD with 160×80 resolution. The HONOR Band 5i has the best strap design and material among the three.

Due to the LCD, the brightness is low and is difficult to view under direct sunlight when moving outdoors.

All three fitness bands come with a home button.

Both Progear B20 and Realme Band offer IP68 that makes it dust, sweat, and water-resistant.

But the HONOR Band 5i gives a 50m water-resistance, this allows the user to go for swimming.

Although it has a high water-resistance, it does not have a swimming tracker function like the HONOR 5.

The ProGear B20 comes in three different colors, Black, Blue, and Beige.

Which Fitness band among the Boat ProGear B20, Realme Band, and HONOR Band 5i has the best display?

Comparatively, they all have the same specifications when it comes to the display.

They have a 0.96-inch full-screen color touchscreen display. It is LCD with 160×80 resolution.

But when you compare these fitness bands on their display watch faces, then the HONOR Band 5i is the best pick.

It has multiple watch faces available on its dedicated app. This gives a particular uniqueness to the fitness band. 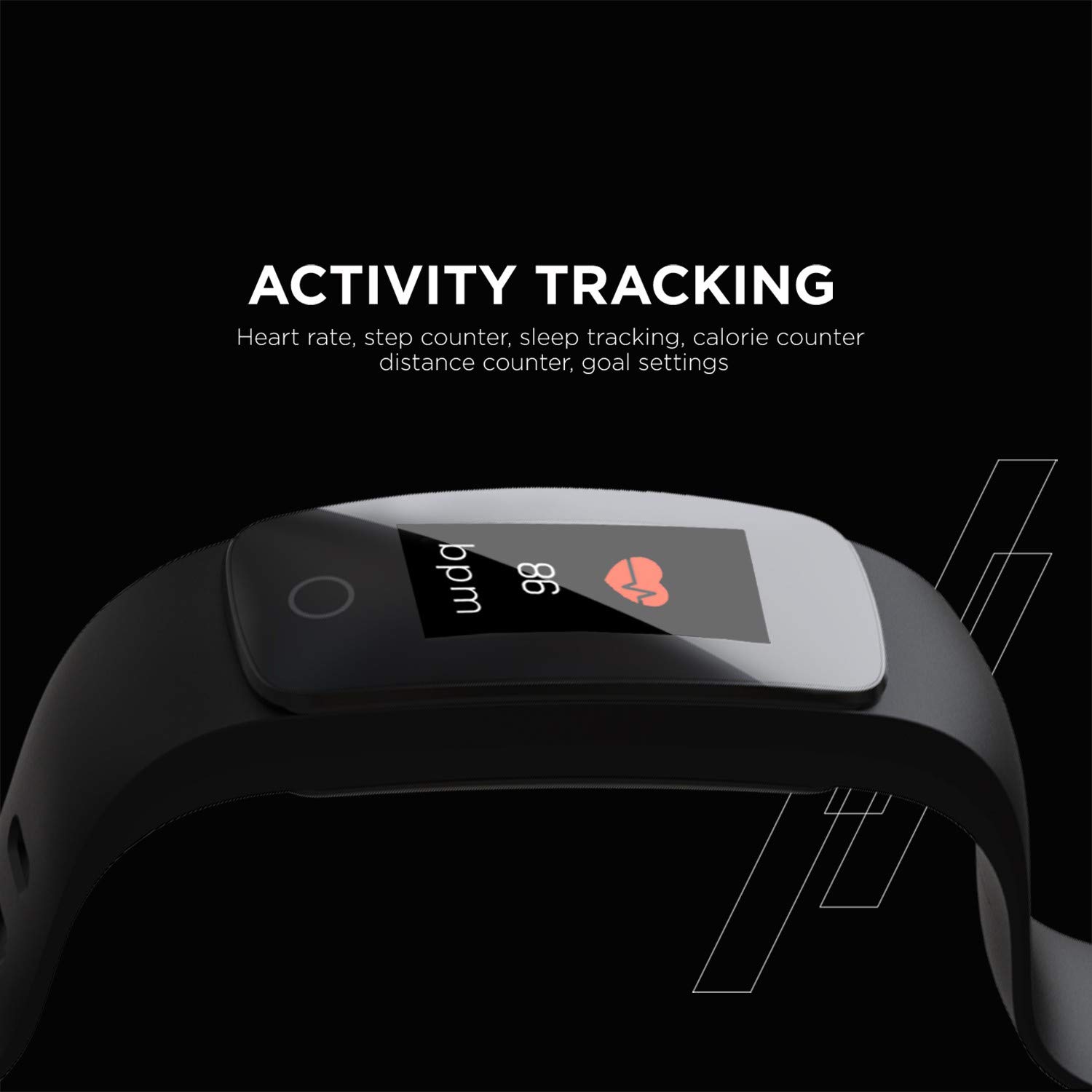 These modes have special ways to track fitness and provide notifications after you complete your workouts.

It comes with a heart rate tracker that works 24/7. If the monitoring is abnormal, it will immediately send an alert

.It displays calories burned, distance traveled and steps walked after these sessions.

But these readings are not very accurate, including the heart rate monitor. 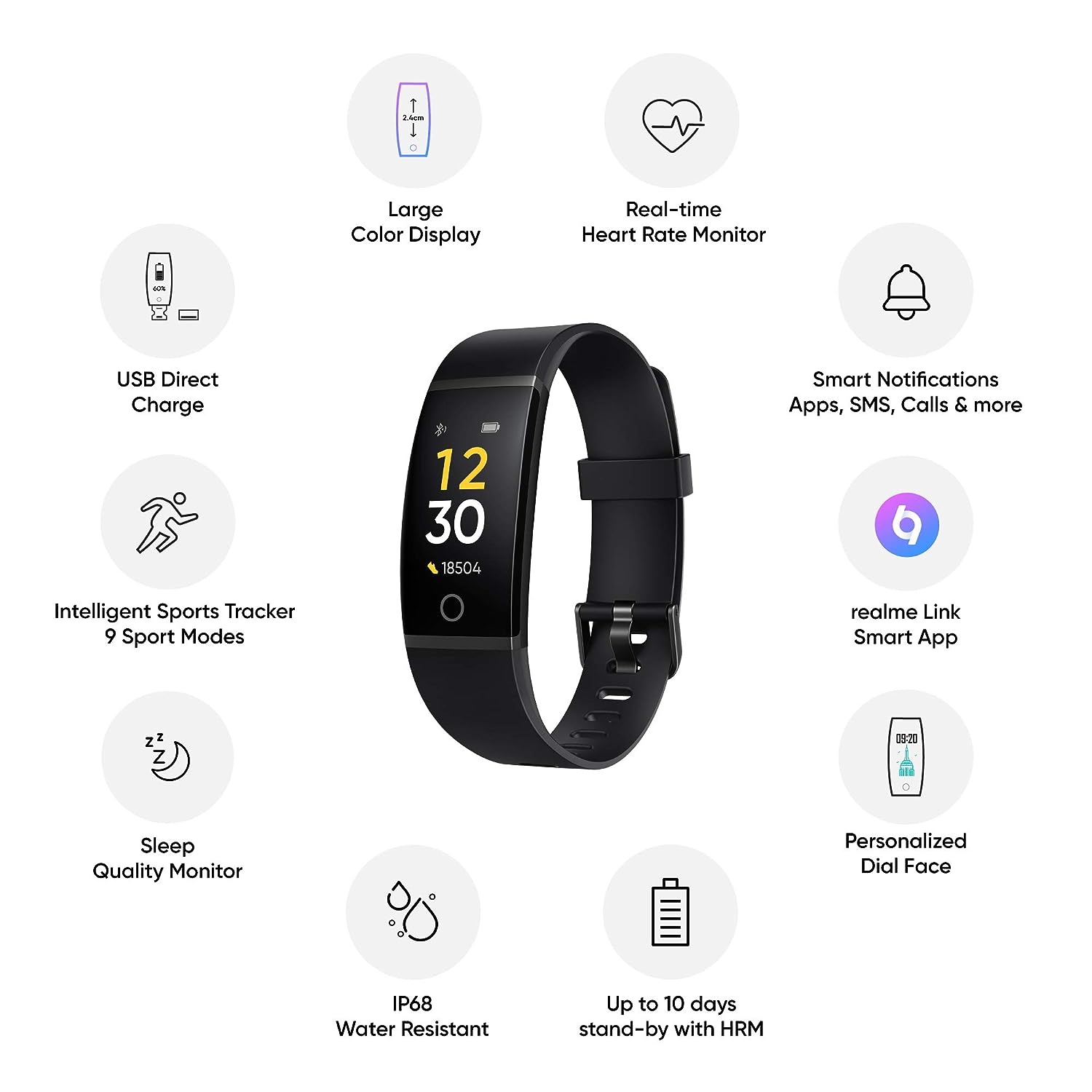 These functions also provide data such as calories burned, distance, and the number of steps.

Its Heart rate sensor works 24/7 to give you results. But in terms of data, it provides inaccurate data that can be deceiving.

One small drawback is that only three modes are accessible form the band at a time.

If you want to change the three choices present on the band, you must go to the app and select which three modes you would like to operate via the band. 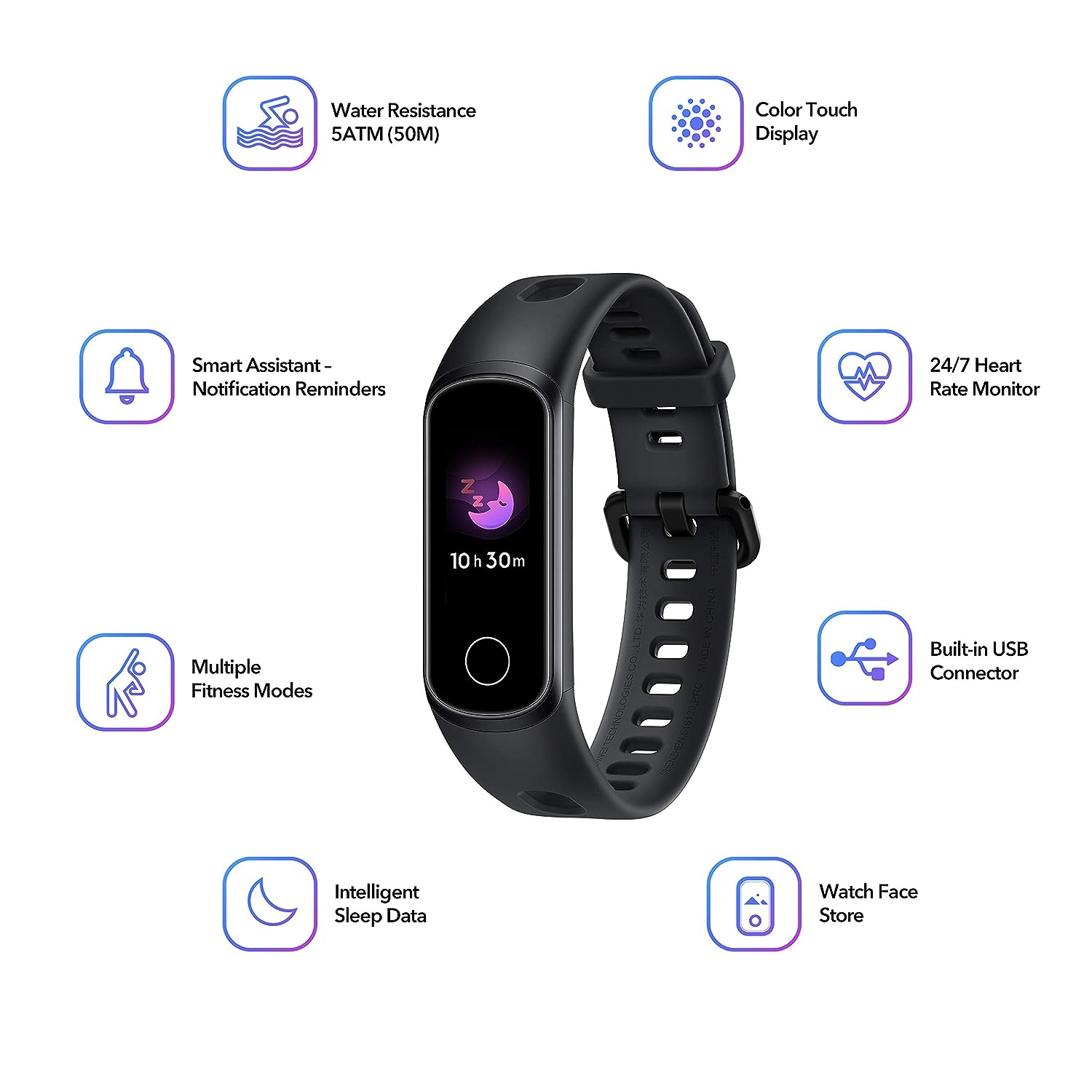 The heart rate monitor also functions 24/7 like the other bands but its readings are far more accurate than them.

It has a better algorithm than provides better tracking when compared to the other fitness bands.

The biggest disadvantage of the fitness band is not having a dedicated swimming fitness mode, it puts the 50m water-resistance rating to waste.

It has a total of 14 different fitness modes for all the fitness freaks out there.

Every fitness mode has a unique function and displays the data as calories burned, distance covered, etc.

Boat ProGear B20 Vs Realme Band vs HONOR Band 5i: Features Comparison

There are a lot of similar features present in all the three fitness bands.

Both, the ProGear B20 and Realme band have only 5 changeable watch faces that are accessible from the fitness band.

But the HONOR Band 5i has multiple watch faces available on the app which provide a more diversified background for your fitness band.

When comparing the sleep tracker function, the HONOR Band 5i performs the best due to the HUAWEI TruSleep which has an advanced algorithm.

This helps in giving a more accurate response to the user after a sound sleep.

It also provides over 200 personalized suggestions for better sleep.

There is one particular feature present on the HONOR Band 5i which isn’t present on either of the other two bands and that is spO2 monitor.

This feature calculates the oxygen present in your blood. It helps in tracking your performance in higher altitudes.

Boat ProGear B20 Vs Realme Band vs HONOR Band 5i: Battery Backup Comparison

Once again all three watches have a huge similarity in terms of battery.

They all come with 90mAh batteries with the band 5i having a 91mAh battery.

The ProGear B20 offers 7-10 days of battery backup with continuous use.

The HONOR Band 5i also offers a very similar battery life, which is 10 days maximum.

Which is the best fitness band between Boat ProGear B20 Vs Realme Band vs HONOR Band 5i?

The HONOR Band 5i is better than the Boat ProGear B20 and the Realme Band.

It offers better accuracy while tracking and has multiple watch faces to choose from the app.

It has a special feature called spO2 that detects oxygen levels in our blood during workouts.

The sleep tracking feature has an enhanced algorithm thanks to the HUAWEI TruSleep.

Most of all it has 50m water-resistance which allows the user to use the fitness band for swimming.

The only disadvantage is that it doesn’t have a swimming tracker. But overall, the HONOR Band 5i is worth the money.

Reasons to buy each fitness band based on their features:

Why should you buy the Boat Progear B20?
ProGear B20 is a fitness band that offers 14 unique fitness modes. These have special functions to provide the user with calories burned, distance traveled, and steps counted.

It has a decent battery life and a superior stylish design. These specifications are the reason to buy this fitness band.

Go To Comparison Table
Why should you buy the Realme Band?
The Realme Band doesn’t have any special features nor does it have accurate readings. But what it does have, is a curved display.

It looks absolutely stunning from the outside and has a very user-friendly interface.

The easy compatibility with users makes it a worthy fitness band.

It is also the cheapest in the market to provide almost every possible feature.

Go To Comparison Table
Why should you buy the HONOR Band 5i?
The HONOR Band 5i has the best in class features, accuracy, and pricing under the Rs 2000 price mark.

It surprisingly offers a 50m water-resistance with no swimming tracker. It has a unique feature that is not available in the other fitness bands.

The spO2 monitor has a function to moderately track the oxygen level in the bloodstream.

This function comes in handy when the user trains at a higher altitude. This fitness band is undoubtedly the best among the three bands.